A couple of weeks back, The battery of my tab, Spice Mi 720, died. I am so used to the tablet that I had to substitute it with a new one. I was confused because of the options available unlike last time. Then I dedudced to the two best tablets avaible, Samsung Galaxy Tab 2 and iPad Mini. The only thing that stopped me from buying iPad Mini was the lack of calling facility. The choice left was Samsung Galaxy Tab 2. It’s been a year since it’s launch and it is still one of the most popular tablets available. Reviewing it now may be pretty useless as you’ll find hundreds of reviews of this tab. This one is written after 3 weeks of usage. 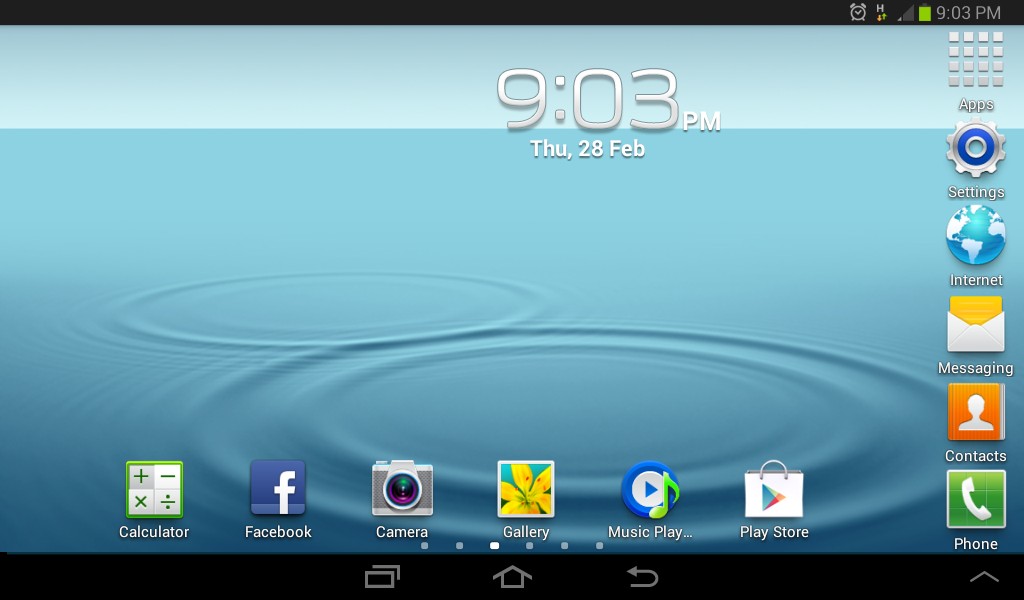 Package content
The package contains Tablet, Charging cable with USB connector at one end. It comes with 2-pin Indian type plug with USB socket where you’ll have to attach the previously mentioned cable for charging. Standard white colored earphones with mic and buttons for receiving calls and volume. There is no cover or case provided with the package. You’ll have to buy one yourself. I bought one fron nCase which I feel is a great value for money.

Hardware
Tablet has a 7″ screen which is smooth and very responsive. It weighs around 345g without case and 400g with case. It is powered by 1 Ghz dual core processor with 1GB of RAM. 230MB of that RAM is dedicated to graphics. The one I bought has 16GB internal memory with approx 12GB usable. There is microSD slot to expand memory upto 32GB. The SIM slot is normal and you don’t have to trouble yourself to get the micro SIM. There are two mics, one each on short side. Two speakers placed at bottom, volume control and power button on one side and all of these are poorly placed. Let me tell you why.
If you are watching a video in landscape mode, Your hand will cover the speakers thus resulting in low volume. They are placed ideally for portrait video playback and gaming. Not suitable while using landscape mode. Secondly, The power and volume controls are placed such that you’ll accidentally press them while using apps in portrait mode. The only work around this problem is to hold the tab in the bottom area instead of central.
The display is crisp 1024×600 capacitive screen. It is very responsive and games and videos look great on it. There is a sensor to auto adjust brightness of the screen. It works most of the times but I highly suggest you to find your comfortable brightness and manually set it. My main problem is the touch buttons for Home, Back, Window manager and app menu. These buttons reduce the screen area by 6-7 percent and interfere while you are typing. They should have placed the buttons outside the screen. I guess it’s Jellybean to blame for this.
There are two cameras, with front camera having VGA resolution and back camera with 3.2 megapixel. Photos have decent quality. You can add some effects using the Photo editor provided or maybe use it in some video via the Video editor app.
When it comes to connectivity, this tablet has it all. GSM, 3G, Bluetooth, Wi-fi, Tethering. The big advantage is you can use the SIM calling feature. The GPS is quick in getting the location and quite accurate even without the internet and in airplane mode. What it lacks is using it as mass storage. There is media and photo transfer mode but it doesn’t let you anything to copy on device. It’s certainly convenient but I can manage without the feature.

Performance
When it comes to performance, All I want in a tablet, is a good battery life. Because most of the apps would run smoothly on any current generation tab. During the past 3 weeks, The average battery life in one charge was 22-24hrs approx. You can watch 6hrs of DVD quality video, 10hrs of 3G, 30hrs of music, 5 days of standby. 3.5hrs are required to completely charge the battery. Though it has USB cable, Tablet doesn’t charge on connecting to PC/Laptop USB socket. The purpose of USB cable for charger is a mystery.

Apps
While my previous tablet was bundled with crapware, This tablet isn’t loaded with much apps which is way better than loading with crapware. But I at least expected them to bundle Facebook and Twitter. Instead there’s an app for a zombie filled social network, Google+. It is bundled with Reader’s Hub app which allows you to read paid Newspapers, Magazines and Ebooks. Unfortunately, it doesn’t support epub or mobi files stored on tab. Polaris Office is the app I liked the most. It beats QuickOffice anytime and it’s fully paid version. Also I liked the video player which supports subtitles and Music player which supports lyrics. I had to install the rest of the apps like Adobe Reader, Cool Reader, Catch Notes etc. to make it productive for my use.

To buy or not to buy?
This seems to be the best tablet and worth every penny. But a little more would have justified the price tag. Case or cover, Better rear camera (5MP or maybe 8MP) or maybe a LED flash instead and a couple of paid apps should do. Still I doubt any other tablet is available out there with the same features at lesser price.