As the year end comes these top ten lists start coming from nowhere. There are lots and lots of these starting from the first week of December. By now, you may have read many of such lists. So here is another. The difference is, this is the list of ten best top ten lists of the year. After searching for two days and reading and removing all those junk lists, I compiled the best(the best I thought).

1) Top Ten Green Architecture Projects of 2008: I am inclined towards nature. Hence I like anything which helps for rehabilitation of nature or eco-friendly projects. That is why this list tops my list. The projects mentioned here are awesome and eye-candy. It is good to see construction going eco-friendly.

2) Top Ten Most viewed photo galleries on National Geographic: Nat-Geo website has been always a mine of good photos. It keeps producing some jewels every year. Here is the list of most viewed galleries on Nat-Geo. Every gallery is filled with stunning pictures.

3) The Ten Best New Gadgets 2008: Technology always improves in an exponential way. That curve never gets a fall and new and improved gadgets come every year. This is the list of Ten best new gadgets that arrived in the market this year. You’ll definitely wish to own at least one of them.

4) The Top 10 Everything of 2008: While writing this post I found that there are already some lists which are lists of top ten list. That made things a bit easy for me. This is the times list of almost everything in top ten for 2008. They say it everything but I still have nine other list not mentioned in that list. ^_^

5) Top Ten list by Computerworld: This is the second top ten list I found worth mentioning. It mostly consist of tech related list but also includes list which are not related to technology. How about Top Ten worst employees of 2008?

7) Top ten sports moments: How can I miss the sports? I love to watch sport and play some. It just brings out the wild side of me. Here are the Top Ten moments from the sports world for the year 2008.

8) YouTube’s Best Of 2008: What Nat-Geo is for Pictures, YouTube is for videos. From the millions of videos uploaded to this site here are the Top Ten videos of the year 2008. If you had a bad year 2008 and no time for laughs, this list will try to make up for that loss.

9) Top 10 New Organisms of 2008: We have not yet discovered the whole world. There are some places which are just on the maps and never been explored. Such places always result in new organisms. This list gives the best finds or organisms in this year. It’s not a fairytale.

10) Top Ten Top Ten Top Tens! of 2008: This is not actually top ten of 2008. This is a list of top ten posts posted on that blog. So it’s kind of personal. But I gave it a mention because every post made me burst out in laughter. That is why it gets this place and this list deserves it.

So that’s all for my two days of searching all over the internet for the best lists. You may think that some lists don’t deserve this place but I do. I tried to be honest and find the best. Cheers to the year 2008 for all the good things it gave and to the lessons we learned from the bad things. 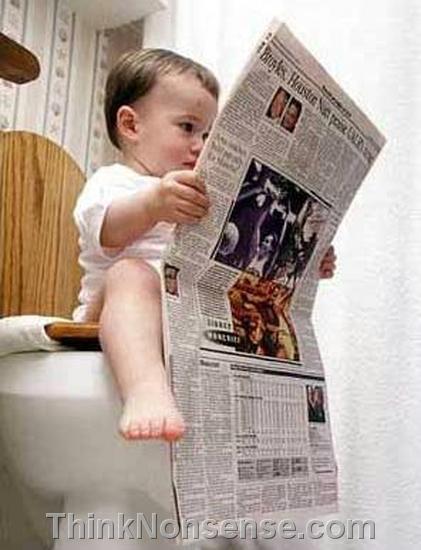 It’s second last day of the year and I am busy in wrapping up things. I have taken up a challenge to make a top ten list of top ten lists. So searching through the web for the best ones. So far I have found seven and I have to find the next three and post tomorrow. So the “research” is still going on.

Meanwhile, I was offline for the morning. I had to finish some paperwork and that took the whole morning. I had to travel to get to the agents office. That is some 20Km away. But I was surprised to see that there is not much noise and the “New year environment” as it used to be. One day left. Who knows  it may be different tomorrow. I’ll be visiting capital tomorrow hoping for the best.

Yesterday and today I have been multi-tasking. Just like that baby in the picture. I wish I had a laptop. 😆 My breakfast and Tea was besides my computer. I almost forgot about it and when I realized it was cold. I am not so good at multi-tasking. It did help in finishing some work quickly. Now back to work. I’ll try to finish and find some time for new year eve. What are your plans?

I recently joined Facebook. It is supposed to be one of the best and high rated social networking website but I didn’t join for no reason. I did this to help Facebook to regain it’s value which is dipping as per market analysis. :angel: After joining Facebook, I sent all of the friends on Facebook request for friendship. That script peeked into my Gmail contacts to find friends. I didn’t like that. Anyways, I joined and no friends so what to do??

While exploring the Facebook I found Facebook applications. I could install applications and use them.  I could install games  and play them. These are called social games. So I started searching for Facebook games as I was bored on Facebook. While searching I found this game called Metropolis. This game is strategy game and I love strategy games. So this gathered some interest.

The game is very simple. I am mayor of a city and I have to build the city from scratch. I cannot become a mayor in real but at least virtually. 😀 You get to buy empty plots for certain amount and then you develop those plots. You get revenue and you have to pay taxes. Taxes don’t leave your back in virtual world also. Good thing is that you decide and set the taxes. Don’t set them too low in order to keep citizens happy.

You can raise the cultures as you want. You get beautiful landmarks as rewards. You decide the type of city you’ll build. Whether it’ll be wealthy or rich in culture. You can play on your own or combine play with other Facebook users. Easy to use interface, Simple way to display stats will make you  addicted to the game. If at all I become a mayor in future I will have thank to this game for teaching me how to become one.

You can check more of kramaley games, the maker of this game, for more Facebook games. Now  no reason to get bored. 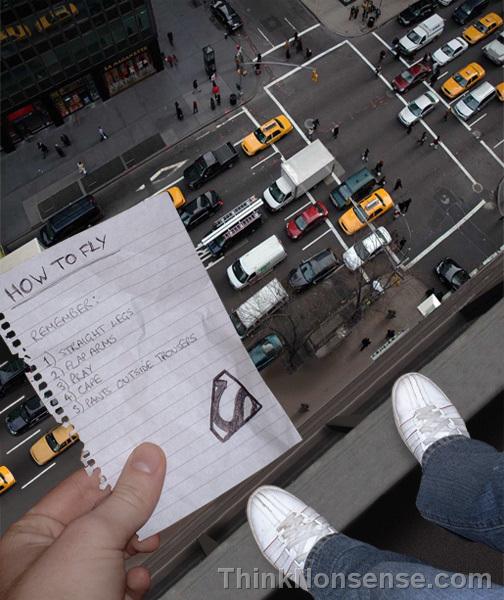 A bunch of tips for newbies. read them just before jumping.
Happy Flying.. 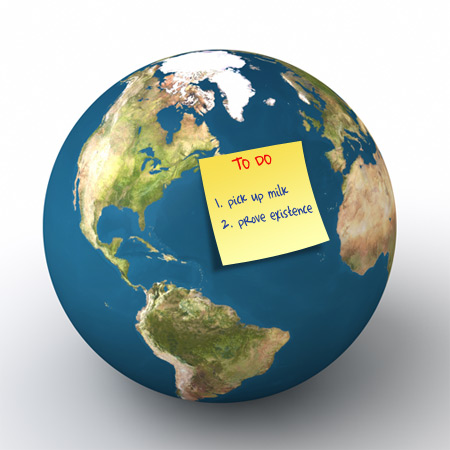 God is very busy these days. When the festive season comes he has to be busy(The only time when everyone remembers his existence). Right from a kid aged six years to an old person aged sixty years is asking for something. A gift which will make him happy. God never likes to see his children’s unhappy. So to fulfill their wishes he tries his best. He never fulfills all the wishes but the ones which will really make him happy.

This tidy schedule often makes him forget things. Then we say god didn’t listen to me. He didn’t fulfill my wish. It also gets converted into, I hate god or I don’t believe in god. In our office we have a board where we pin some notes. We call them stickies. God has also followed the same idea. Look at the picture. He pinned a note on Earth.

His To-do list contains “Prove Existence”. Some posts back I talked about this. In today’s world of science, we hardly believe in god. He doesn’t exists as he cannot be seen. Now you have a question in your mind. Why god wants to prove his existence? Let him be an invisible personality (Is god a person??). I have no interest whether he exists or not.

There is a simple reason why god wants to prove his existence. You are walking down the road with pride. You never look down or back. Just forward as it symbolizes progress for you. Suddenly you slip and fall. You just stepped on a banana peel. Curse the road cleaner and the monkey who ate that banana. When you fall, everyone around you probably starts laughing at you. You are alone and no one is with you. At that time god is with you, if you believe him.

If you have belief then you’ll laugh at yourself, take that moment on lighter side and continue walking. That is the strength god can give. And that is why he wants to prove his existence. He wants everyone to believe, there is someone behind who cares for you. That feeling itself is relief from any pain. Just start believing in him and feel the difference.

There was a time when I also didn’t believed his existence. Then some strange incidents started happening with me. Things which I never thought would happen with me. It’s not just coincidence. Coincidence can happen once or twice, not every time. Just start looking at small things that happen in your life. He is always there and exists.

Till you see the invisible…