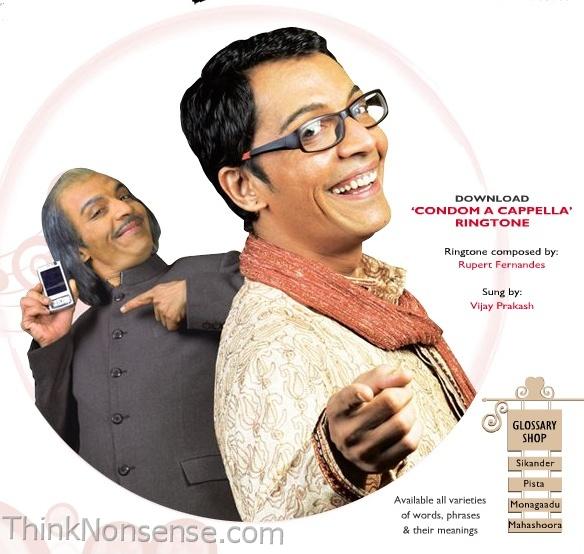 Almost a month now. Around that time a ring tone was released by BBC world service trust just to spread AIDS awareness. This ring tone is cappella. I came to know about this word for the first time. Before you google it I’ll give you the meaning of that word. It means a song in which there is no instrument involved. It is just vocal and human voice. Don’t expect dogs to sing.

Since it’s release it has been downloaded thousands of time. I wonder how many of those downloads are just for show off. In other words just to keep the ring tone as a part of fun and use it for some laughter. I doubt that all will set that as a ring tone which is for a purpose and that is to spread AIDS awareness.

I’ve kept it as my default ring tone. At first I hesitated a bit. But then it became normal. It also shows the mentality of Indian peoples. There is very less talk about sexual or sex related issues. I can understand. But don’t hesitate it when things lead to death or someones life can be in trouble. I don’t hesitate in such case. Being shameless is a good thing and I realized this now.

The first week of use was at our main house when I went for Ganesh Chaturthi. My cousins either took it the fun way or just left the chatting area. I didn’t say anything. I just wanted to see how people react. Then in bus it was more fun. Whenever my cell rang all attention was towards me. Many times it happened that I was surrounded by girls and I get this call. I kept a habit of not to take the call till the ring tone reaches the word “Condom”. For the young ones especially college fellows it was a thing to laugh at.

It is up to you now to decide. For me it is a good medium to tell others not to hesitate saying condom and asking for condom. Certainly there will be a day when I’ll require to buy condom. I hope not to hesitate that time. If you are curious about the ring tone and want to download and listen then follow the links below. It is available free.
Official Website
Download Mirror