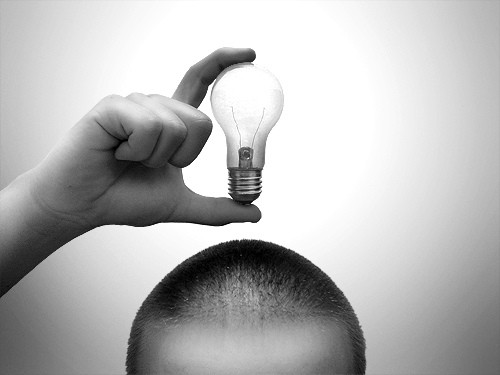 Situation: You are in deep trouble. If you are a student then probably your parents came to know that you are half the time bunking your classes and sitting in the canteen, Scanning every girl that pass by you. Or you have two girlfriends and while walking with one you find the second one walking towards you. Then there is worse when you are in a zoo in front of lions cage. You tease him and make him angry only to know that the cage is not locked and he can fulfill his appetite.

These are some situations that requires fast thinking else your life is in trouble. Every situation here can be approached in various ways. That’s because we have different thinking. These are the times when your creative mind comes up with unique solutions for the situation. These are called ideas. END_OF_DOCUMENT_TOKEN_TO_BE_REPLACED

Long back there was this song which made me dance and laugh. It was similar to the song from The Lion King. This is just the Hindi version of the song. I am yet to watch that movie. I tried and tried to get my hands on it. A couple of months ago I even found the links. But I lost them. I am moving away from VCD’s, so it’s difficult to get them at rental. I live in a place where DVD is an alien. :alien: You have DVD player and you don’t know what is DVD or what are it’s advantages. Lets’ not drift to that.

Back to Hakuna Matata. I have tried many times to get this song. The Hindi version of course. Though I haven’t seen the movie, I love Timon and Pumba. Very funny characters. There was an animated series on these characters and I used to watch it. Those cartoons had some really ROFL comedy. I loved the craziness and the stupidity. The song I am talking about contains the same elements. It is crazy.

At that time I didn’t knew from which language the words “Hakuna Matata” came from. According to that song it means “No need to worry” or “There are no worries”. The first time I heard that song I was in class seventh. The song is sing by Baba Sehgal and Anaida. Baba Sehgal is famous Indian rapper(I call them rapist as they rape the song most of the times). It’s been months I have been searching for the song.

I understood the meaning of song back then. That’s why I am trying to find out what level of intelligence is required to understand a song. I was an intelligent boy at that time. :face: Studies ruined me. 😆 Almost everyday i waste 20-30 minutes in search of this song. I’ll get it I know that. No need to worry. It is one of those songs which makes my worries go away.

Oops. Spelling mistake. I wanted to write dogs. Search engine will like that. :p Getting to the point, I don’t like dogs. They are good when they are friend with me. Otherwise they keep running after me. Especially the pet dogs. There is a saying in Hindi which means “Every dog is a lion in his area”. It is true. I am not afraid of lions. That’s because I never faced them. 😀 But these dogs are dangerous.

On the other side I like dogs when they are puppies. The cute looking and very friendly innocent puppies. They remember the smell of a person. So if I go after sometime they’ll not run after me. They know I am a good boy. So whenever there is a new pet in your neighborhood just go and be friend with the pet. That way you are sure that he’ll not be after you. Precaution is better than cure. END_OF_DOCUMENT_TOKEN_TO_BE_REPLACED