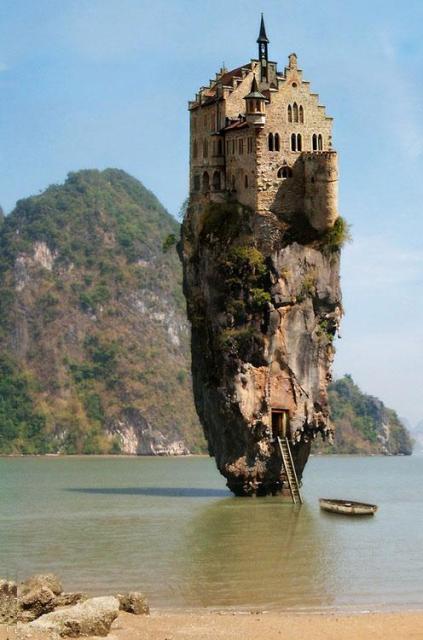 Long back there was this song which made me dance and laugh. It was similar to the song from The Lion King. This is just the Hindi version of the song. I am yet to watch that movie. I tried and tried to get my hands on it. A couple of months ago I even found the links. But I lost them. I am moving away from VCD’s, so it’s difficult to get them at rental. I live in a place where DVD is an alien. :alien: You have DVD player and you don’t know what is DVD or what are it’s advantages. Lets’ not drift to that.

Back to Hakuna Matata. I have tried many times to get this song. The Hindi version of course. Though I haven’t seen the movie, I love Timon and Pumba. Very funny characters. There was an animated series on these characters and I used to watch it. Those cartoons had some really ROFL comedy. I loved the craziness and the stupidity. The song I am talking about contains the same elements. It is crazy.

At that time I didn’t knew from which language the words “Hakuna Matata” came from. According to that song it means “No need to worry” or “There are no worries”. The first time I heard that song I was in class seventh. The song is sing by Baba Sehgal and Anaida. Baba Sehgal is famous Indian rapper(I call them rapist as they rape the song most of the times). It’s been months I have been searching for the song.

I understood the meaning of song back then. That’s why I am trying to find out what level of intelligence is required to understand a song. I was an intelligent boy at that time. :face: Studies ruined me. 😆 Almost everyday i waste 20-30 minutes in search of this song. I’ll get it I know that. No need to worry. It is one of those songs which makes my worries go away.

Thank God…. The so called biggest cricket extravaganza is over. Its a week since it’s over. I’m writing today because it was still in news even after the finale. It is said to be a huge success and has changed the cricket approach. the fast forward 20-20 games will soon replace 50-50. We don’t have time isn’t it?? So how will ICC get profit with our lack of time for things. but the, When there is a cricket match it’s like a holiday. You’ll hardly find anyone working in government offices.

The whole tournament lasted for 44 days and there were many controversies during the tournament. There were fights between team players. Someone slapped someone. Someone cried like a baby. The player doesn’t charge, but surprisingly the team captain does. Then the withdrawal of the charges. Mind you that the same players play for the country as a team. And now they are fighting here. As there is a saying. Controversies, Good or Bad, doesn’t matter. They are sure to get you in the limelight. Maybe tomorrow a celebrity will be in limelight for kicking a donkey. The donkey will get some limelight also. The confusion may be who is the donkey between two?? END_OF_DOCUMENT_TOKEN_TO_BE_REPLACED

Mango….The king of fruits. I just love mangoes. And there is no limit to eating it. Actually I love to eat seasonal fruits. Like these mangoes which grow up in summer. But this summer is a bit different. Oh I must say now this summer was a bit different. It’s raining heavily here. Every summer we used to get mangoes at a decent price. But before that uncle used to send us and they used to be whole lot of them. But this year somehow the fruit is prolonged. The fruits are there but are not ripe. They are there for about two months. Just last week onwards they started ripening.

I missed this fruit for whole season. Last week when I went to uncles house me together with my brother picked up fruits from the tree. The Monkey in me is always awake. Climbing the tree was not a big task. I picked almost 250-300 mangoes. I actually went to eat one beautiful jungle fruit. I don’t know what is that called in english, But it tastes great. And again I was unfortunate there that fruit was hardly seen this year. END_OF_DOCUMENT_TOKEN_TO_BE_REPLACED