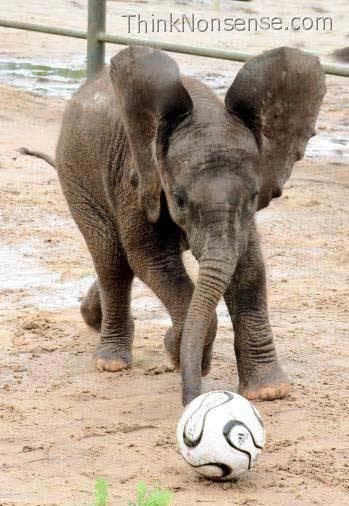 Who is this Ronaldo???

Rules :
1) One entry per user, per blog. Don’t use multiple blogs as separate entries.
2) Caption may contain humor or may not. In the end best will be chosen.
3) You should have an Entrecard account for the winning prize.
4) Entries open till Sunday 23:59 UTC
5) Winner will be announced on Monday.
6) At least ten entries are required to decide winner.

Winner gets 300ec !!! So what are you waiting for?? Suggest a caption and make the Picture talking.

What more surprises are there in UEFA?? Good teams playing like minnows and out of form. Now I’m getting used to this. Always expecting unexpected results now. Yesterday It was Netherlands beating France by 4-1. Can you imagine world cup finalist taking four goals…. They should have won. If not then at least played well. Many misses by striker and the goalkeeper I felt was a spectator. When it was 2-1 I was hoping for France to comeback and play better. But they did worse. Rather Netherlands played very well. Netherlands must be on Cloud Nine after beating both worldcup finalists.

First half was watchable but not the second one. Such a poor football from France.  They don’t deserve to be here. Henry missed a simple opportunity in first half and then again in second. The ones he used to get into the net earlier. Now lets see what are the outcomes of worldcup final rematch. France will be surely on a revenge. That match will decide which team will go into next round. I don’t expect a win from Romania. But who knows???

The other match Italy Vs. Romania was a poor show by Italy again. They played well in first half. A goal called offside, which wasn’t, was very neatly hit. They should have dominated Romania. But Romania didn’t gave opportunity for that. They were even ahead at a time. What a finish it was. A very good save on penalty by Buffon saved their day.

Italy and France should be out of the tournament. They deserve to be. Two matches today. Sweden Vs. Spain which should be a tough fight and Greece Vs. Russia. Greece should get a win there.

It’s UEFA again. Everyday there are unexpected results. I think that’s the fascination of UEFA. On Wednesday as expected Portugal beat Czech. It was Ronaldo again. Not much to say about this match. But the next match between Switzerland and Turkey was a bit shocking. Goal in final minutes of the games and Swiss out of the competition.

What about yesterday?? Croatia beat Germany. Oh my god. I never thought of that. But really a classy play from Croatia did that. They were in lead all the time and kept in till the end. Germany’s Goal in last 15 minutes brought some hopes. But Croatia kept attacking and Germany lost. I wasn’t happy with the results but glad to see the Croatia game.

The other match between Austria and Poland was not of much interest to me. But that match was thriller. Austria dominated the game but the luck was not in their favor. In the end they somehow managed to draw at last minute. And that too on a penalty. Truly a thriller match which I was about to ignore. Now for todays matches. Will Italy win against Romania??? The second match is  a tough one but Netherlands are on high.

At least Some relief yesterday on UEFA. Matches went as I predicted. The match between Greece and Sweden was a tough match. Though Sweden won by 2-0 margin the match was leading nowhere till 67 minutes. The goal scored by Zlatan Ibrahimovic (Very difficult name to remember) was superb. I haven’t seen a beautiful goal like this recently. The second goal I call a mere fluke. Although at this level the goal should have been avoided by the goalkeeper. Greece defense is not good. They need to improve. They somehow manage to save some goals in first half. Swedish team played well. Watching them for the next match now..

The other match I expected that Spain will win and that happened. Though the margin of goal was large. i thought may be 2-0 will be the winning margin. The goal scored by Russia was a bonus. But it was executed well. Will Russia play well in coming matches?? Difficult to predict. But they should and give some tough competition. This will really spice up the tournament. One sided wins are not enjoyable.

Now in couple of minutes I’m expecting good matches. Winner prediction cannot be made here. Though in first match Portugal has a higher side due to last match win and the sensation Ronaldo.

After the 2003 Cricket Worldcup my inclination towards Hockey and Football increased. And I had this football craze since 2002 Worldcup. I remember playing FIFA for long hours since then. So I was keen about this UEFA 2008. The Germany Vs, Poland match though Germany won I felt Poland played very well. A bit disappointing performance from Germany. And then yesterday.

I never imagined that Italy will loose so easily and that too by 3-0 margin. Truly disappointing. Are they World champions?? was the question which striked me many times while watching this. Though there are controversies about first goal being offside( which i think is right) I was expecting much better play from them. The Polish team played well. Or should I say played very well.

The other match between France Vs. Romania. I said blindly France will win by good margin. And what is the result. A 0-0 draw. If such things continue to happen then I’ll have to stop watching Football also. I was cursing Tata Sky, My DTH operator, for removing the sports channels at the start of this month. Just because I’ll miss UEFA. Though they revert back to their changes and now I can watch full UEFA, Now I feel not to watch.

The next match I’m interested is Greece Vs. Sweden. expecting to be a tough match. I hope this match doesn’t disappoint me.