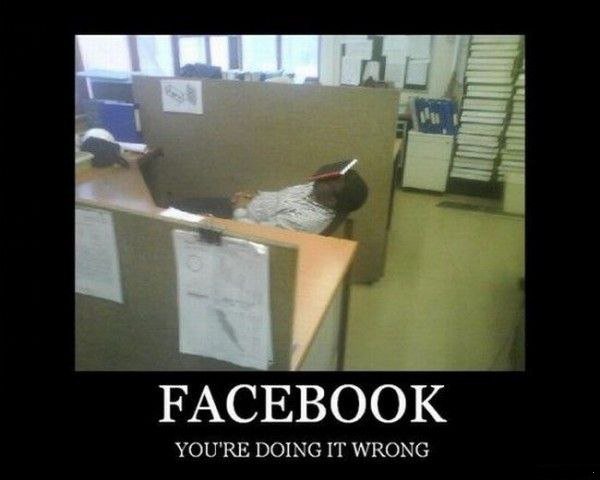 Don’t run away. I have not gone mad. These are the sounds of the firecrackers telling the whole world that I am back with a bang. It’s been almost a month since my last post. Reasons are obvious and these hurdles in blogging seem to be perpetual. You can go through my archives to find the probable reasons if you are still interested.

As for the the post title, I am going to tell you some secrets of writing. These secrets were discovered by me in the last whole month with some extensive re-search(Notice and read the hyphen). This will change the whole blogging world and anyone who reads further will take a big step towards writing. I suggest to stumble, digg or bookmark this post as soon as you finish.

Here are the five secrets of writing.

Follow these rules and you are on the right path of success(I wonder if there is any wrong path of success). Please give credit to me or this post at least for your success.

P.S. : The sound of firecrackers at the start of this post turned out to be those used in Diwali celebrations. I thought…

Pain… is very painful. huh… Especially when someone close to you departs. You do everything possible to stop, but that person leaves you. Leaves you forever. That’s something you can’t do anything about. That’s what life is. It is very ruthless, ugly and yet beautiful. That’s supposed to be the greatest irony.

I have a friend whose name is Vijay. A cheerful, jolly person with a loud voice and thin body. Just like me. We met recently and I didn’t knew much about him. Today he started to open some pages of his life and I was surprised. He’s got five brothers including him and a sister. That’s a big family and he was the only person on whom the whole family depended until recently his brothers got jobs. After things got settled he married a year back.

What surprised me was that he had a twin brother. The had part surprised.. well shocked me. His name was Ajay. Both the brothers were exact copy. It was difficult to recognize them if they stood by side. Ajay married a couple of months earlier than Vijay. His wife gave birth to a baby boy. He was very happy and he planned his 1st birthday to be celebrated in a grand way. At this stage everything was going good. But they say… “When everything is going good, prepare for something really bad.”
END_OF_DOCUMENT_TOKEN_TO_BE_REPLACED

A typical day in the market. Not much crowd but this guy is present. There is no fix place for him in this market. He doesn’t own a shop. He isn’t working for someone. He doesn’t talk to anyone. All he does is, roaming all around in the market to fill his stomach. Surprisingly he gets enough to fill that part and get ready for the next day. I am talking about this mad guy, he has been labeled as mad but I don’t know if actually he is, who is now part of market.

You never know what time, precisely bad time, can do to you. If you are getting too much of troubles then the part of your body called brain starts functioning erratically and turns you hysterical. A certain chemical imbalance in that small brain can turn your life upside down. Similar thing happened with this person. He had a heart break which turned him into a Heartbreak Kid.

He is dressed such that, no one wants to look at him. Actually he is not dressed at all. Nah.. he isn’t naked also. There is no shirt or any inner wear. It’s just a short which I suppose was never washed and is lowered to reveal objectionable part of the body. Two girls walking on the streets  heads-up and this guy suddenly appears from nowhere. All you see the next moment is that the girls have their heads buried into the earth passing by him.

There are mysteries that revolve around him. He suddenly disappears for sometime and then reappears without any signs of change. The first time I saw him around 10 years back and he hasn’t changed  since. I wonder if scientist can find some anti-aging solution by studying him. He never puts on the clothes given to him. He is an example how nature nourishes the one close to him. Another mystery is why he isn’t in an asylum in spite of his condition? Too many questions unanswered.  Someone interested in an espionage?

You must be thinking that I have gone mad too to publish about this mad guy. But it’s not just me. I had some outsiders asking about him. There is something in him that increases your curiosity. I’ll just add one more fact that he has got a bachelors degree in commerce. Shocking!!!! If you happen to visit my town and then the market, you won’t be able to ignore this character.

Till you visit my town..
Think Nonsense…

I wake up in the morning after snoozing the alarm for five times at least. Wrapping up the bed, here I go for the natures call. There is this mirror hanged on to a wall. This object was bought by me. I wonder why I bought it. Doesn’t make sense huh?? It won’t. I am not that good looking to keep staring at what appears in the mirror. Maybe it was an unintended intention (??????) to see if I look good. I don’t know if the same mirror means anything to the rest of family.

That brings up one big question. Why man invented mirror? Was it man or a woman? They use it much more than we do. Isn’t a mirror waste of time? If I stand in front of mirror and comb my hair everyday, lets say for 5 minutes, Then I loose three hours of my life in a month. I could have used that to watch one Hindi movie with 8-10 songs or two English flicks.
The option of uncombed hair looks better now as I am converting into a movie buff.

A few days back, I read a story about acid thrown on faces of some young girls. This is the stage of your life when you want to look beautiful. Can you imagine the fear in their eyes when they’ll see their face in the mirror? I cannot comment on the crime committed as it will lead to a full paragraph of bad words but the role of mirrors is such that it will lead to a catastrophe. The world without a mirror seems to be a good place.

Then we have rear view mirrors. 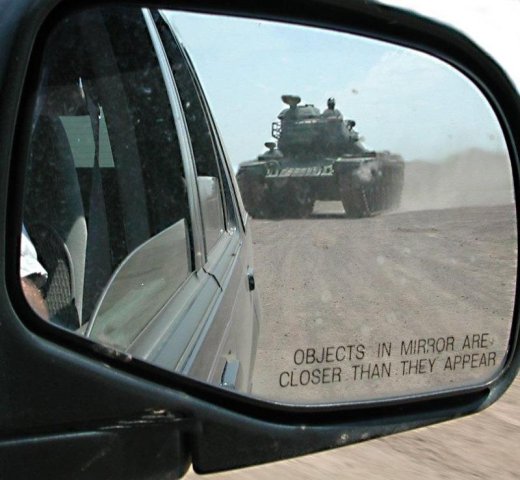 These mirrors often reflect objects closer than they appear. They force us to look back and we do it. Not just once, but again and again and again. We develop a habit of looking back not just while driving but in our life too. If you drive often then you’ll know what I want to say. It’s not a crime to look back. You should remember one thing…
Life is ahead… Not the rear view mirror.

Till the next time you check out the mirror…
Think Nonsense…